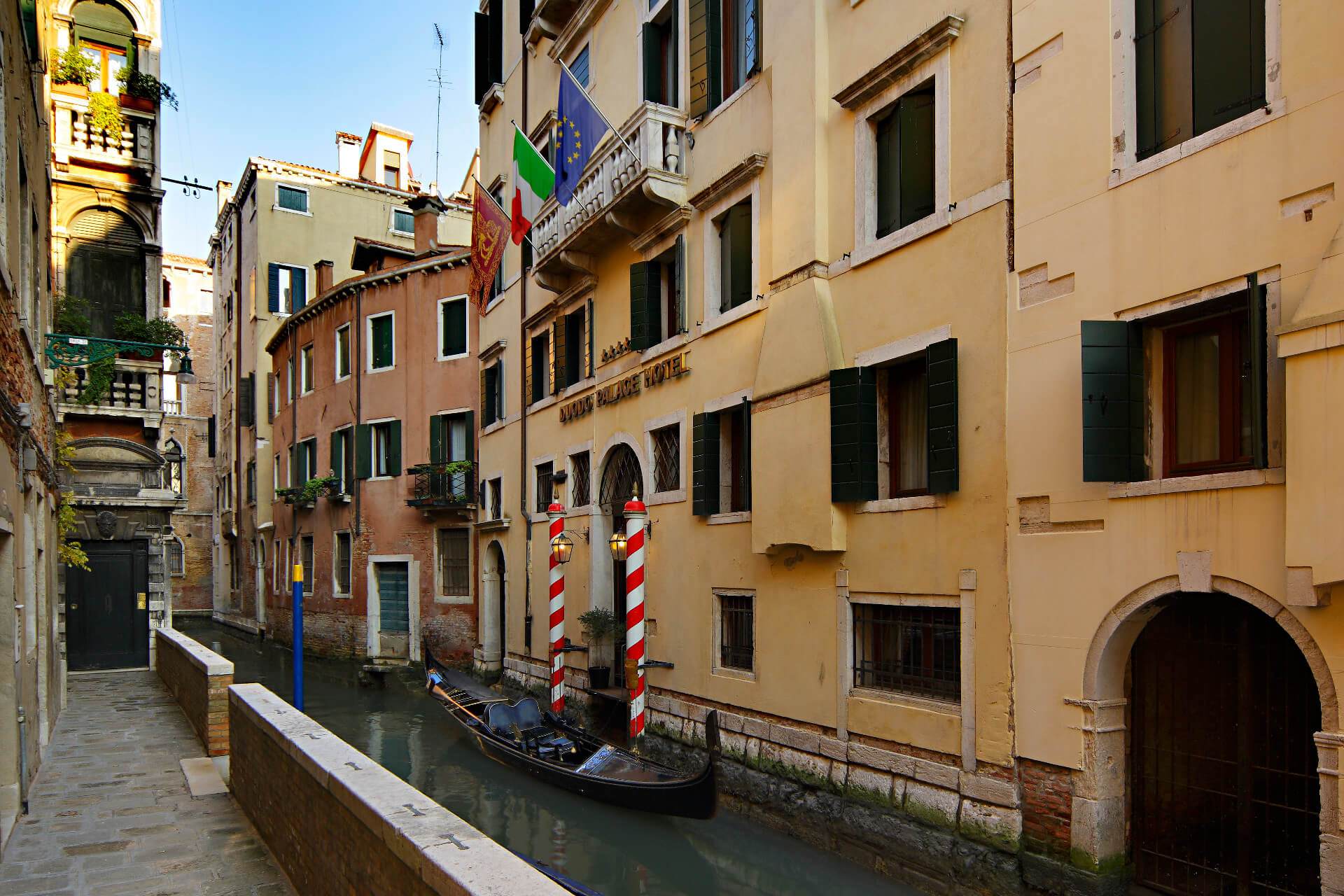 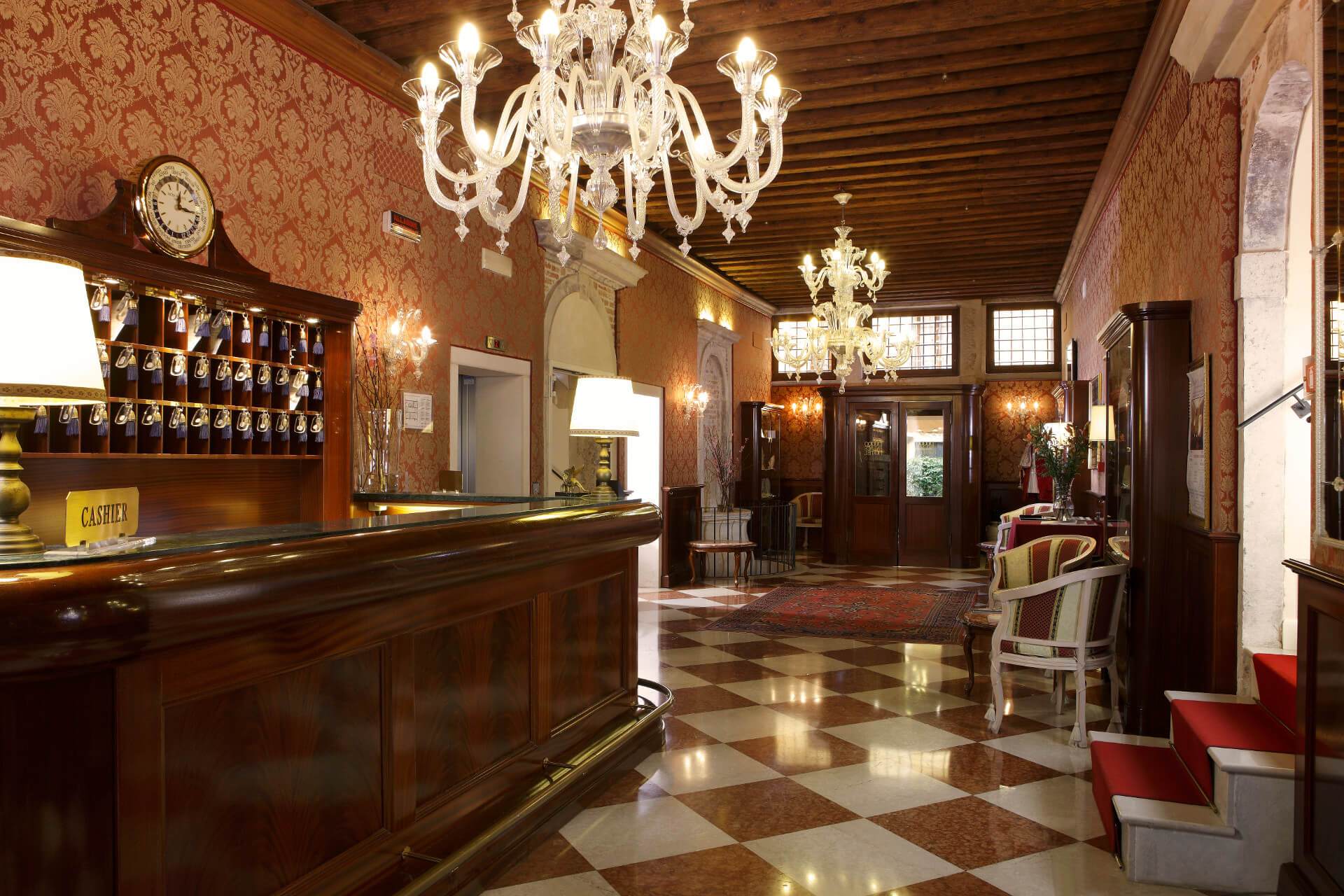 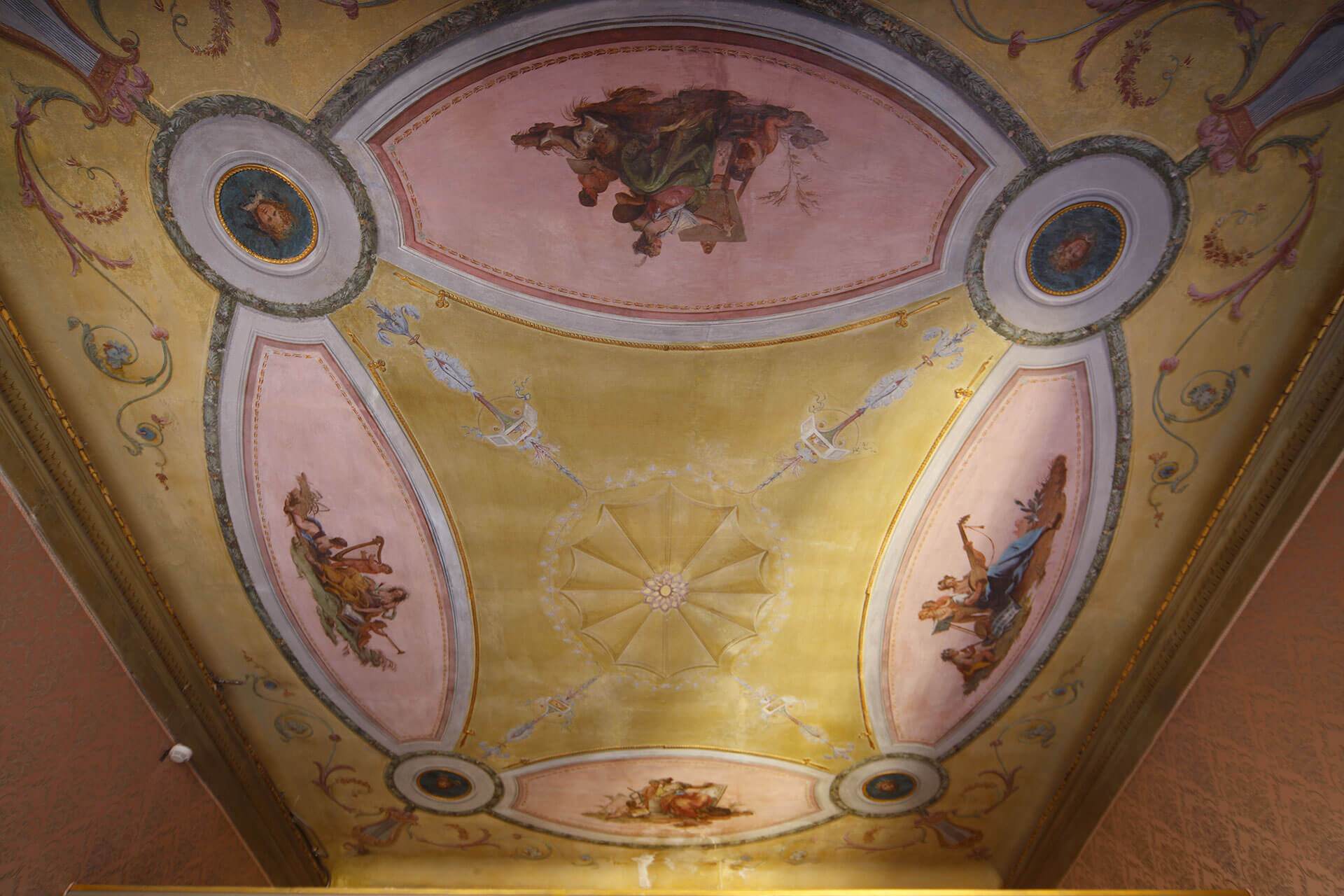 A few steps away from Piazza San Marco, the Duodo Palace is a 4-star hotel located in the heart of the city.

A historical building of the seventeenth century, the Palazzo has gone through the history of Venice's "private life" over the centuries. After careful restoration works the building was transformed into what it is today, a hotel with a long-established, classic and refined atmosphere.

Over five centuries of history in a long-established building

The Duodo Palace Hotel of Venice is located inside a historic seventeenth century building set in the elegant Sestiere of San Marco, close to the Teatro La Fenice and the prestigious Ateneo Veneto.

The building reflects the Renaissance and neoclassical architecture, and is embellished with magnificent frescoes, Venetian stuccoes and rich decorations brought to light thanks to the careful restoration works.

It was once the residence of the Minelli family who, from 1650, took possession of Calle Minelli and the neighboring courts and porticos. It was also the birthplace in 1381 of Lorenzo Giustinian, the first Patriarch of Venice.

Here beside, the Ateneo Veneto was, in the XVII century, home of the "Confraternita di Santa Maria della Giustizia", a confraternity named after the Madonna who was devoted in accompanying the condemned to the gallows.

Along with so much devotion, in the building beside the church, two well known ‘courtesans’ carried out their activities. They were the sisters Anna and Bettina Vidoni, who were in constant conflict with the confraternity. At the time this fact stirred up quite a lot of laughter and the ironic epigram spread all over Venice. It went something like this:

“Gran sussurro, gran schiamazzo xè sta fato ancuo a palazzo tra la scola dei picai e la casa dei pecai (A lot of whispering, a lot of quarelling was made today in the palace between the house of sinners and the house of sins).”

The Duodo Palace amazes for its numerous references to art. The antique well curb of the Sala del Pozzo and the original hearth of the Sala del Caminetto, inviting and warm rooms, takes guests back in time to the magical atmosphere of a long-established stately home.

The building's interior areas are embellished with magnificent stairways and Murano glass chandeliers, making it a refined place to stay. The perfect starting point from where to discover Venice's many treasures.

The rooms reflect the classic style, where elegance and comfort meet guests' expectations. Duodo Palace combines the services of a 4-star hotel with the style of a private residence. The view over the canal and on the rooftops of Venice, the view of the San Marco bell tower, the dome of the Basilica of the Madonna della Salute and of the Dolomites, create a memorable scenario.

From the hotel, in just a few minutes, guests can reach Piazza San Marco. Walking along the streets you can admire architectural, artistic and historical monuments, shop in the many boutiquesand artisan workshops and grab a bite to eat in the restaurants, bars and bacari (Venetian wine bars).

Five minutes away from San Marco

for a welcoming and functional residence

in order to discover the authentic soul of Venice

The most beautiful images of Duodo Palace 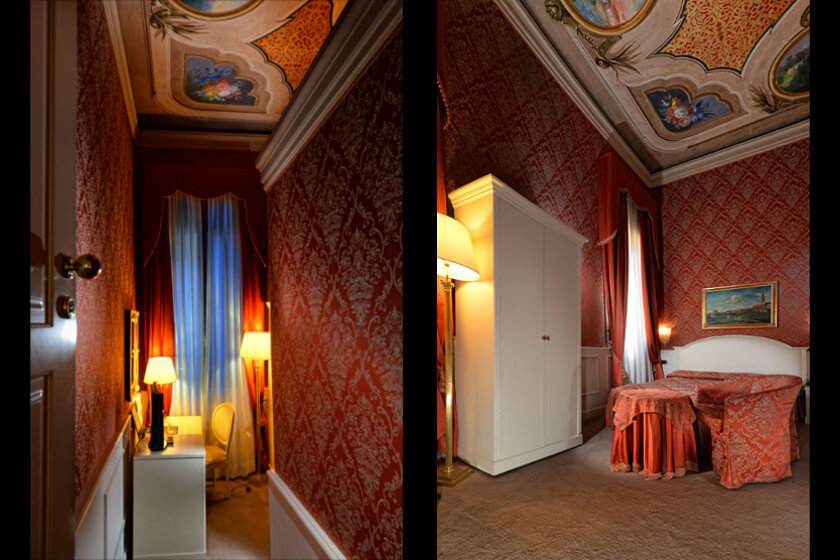 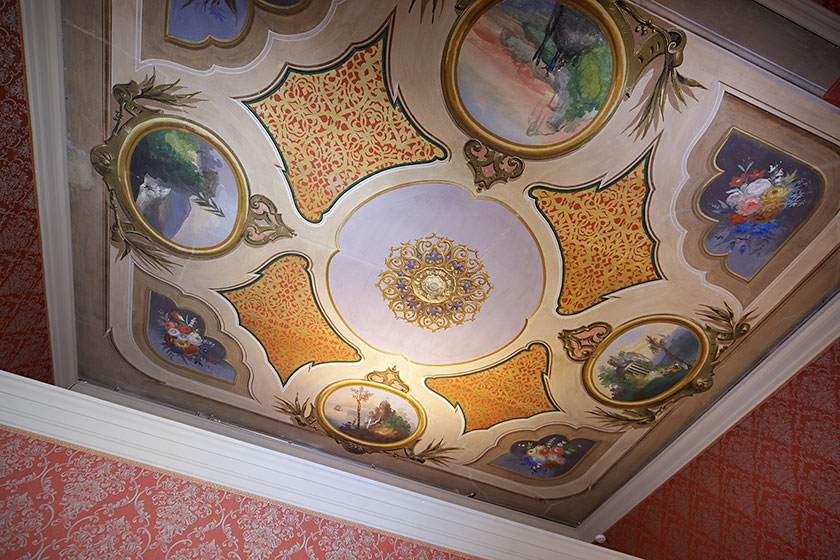 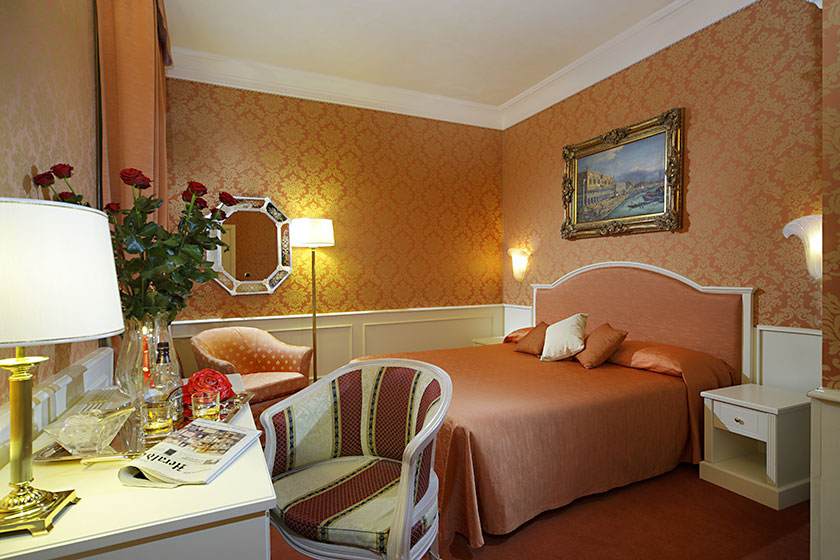 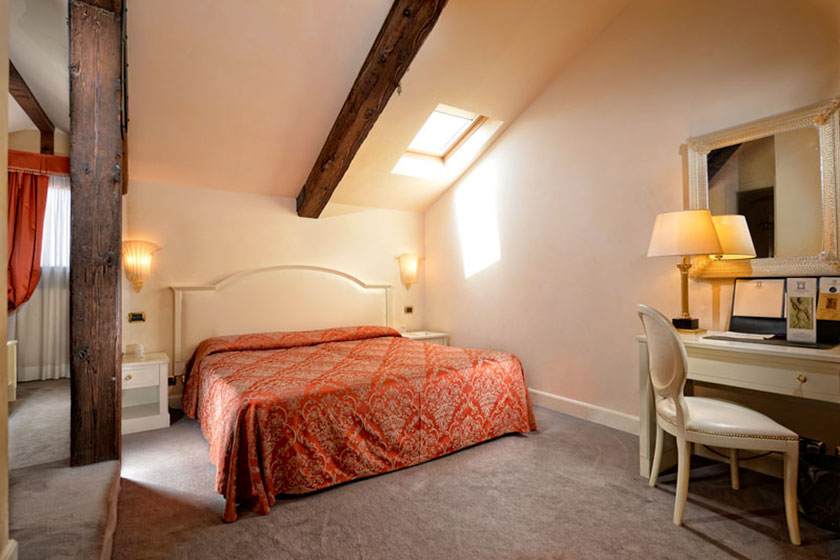 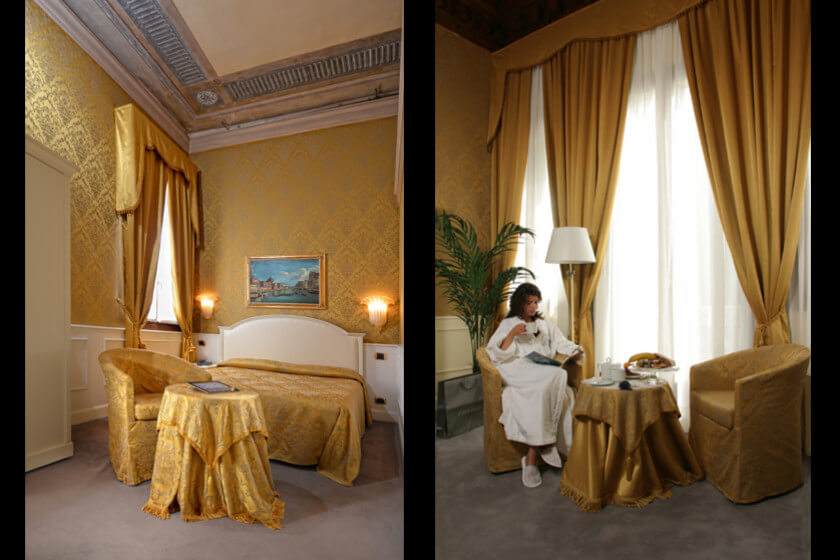 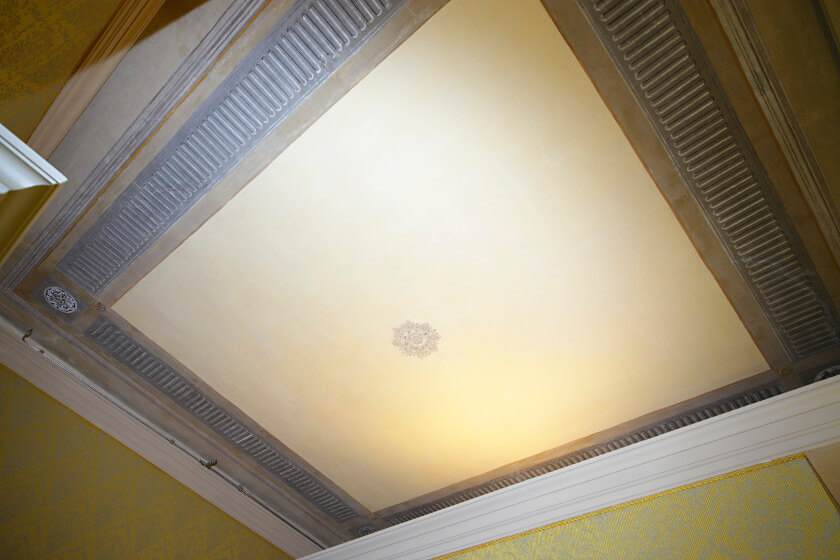 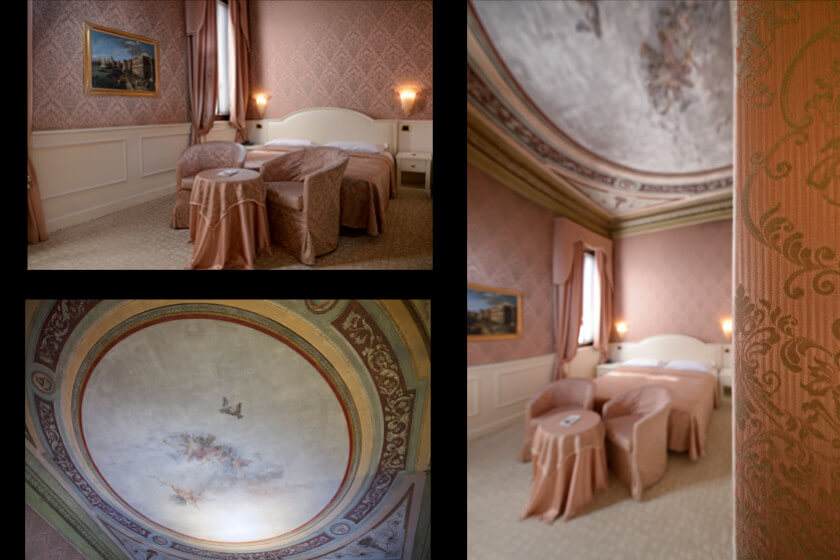 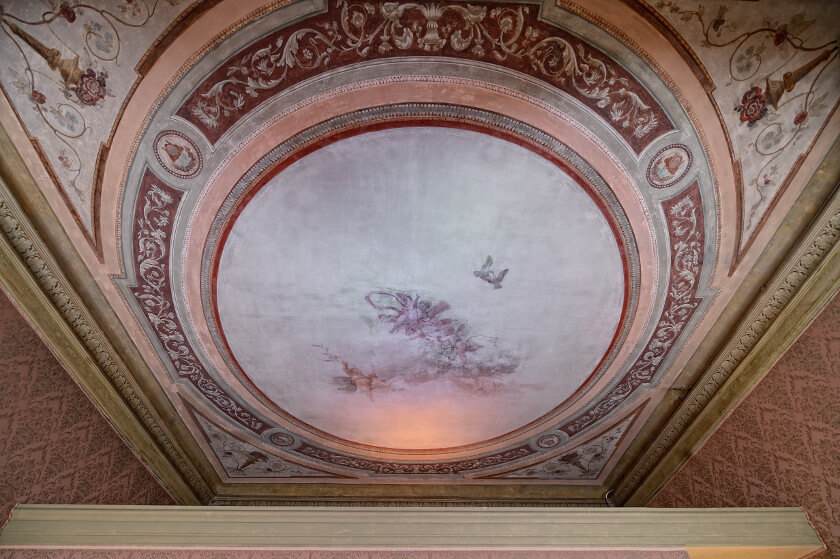 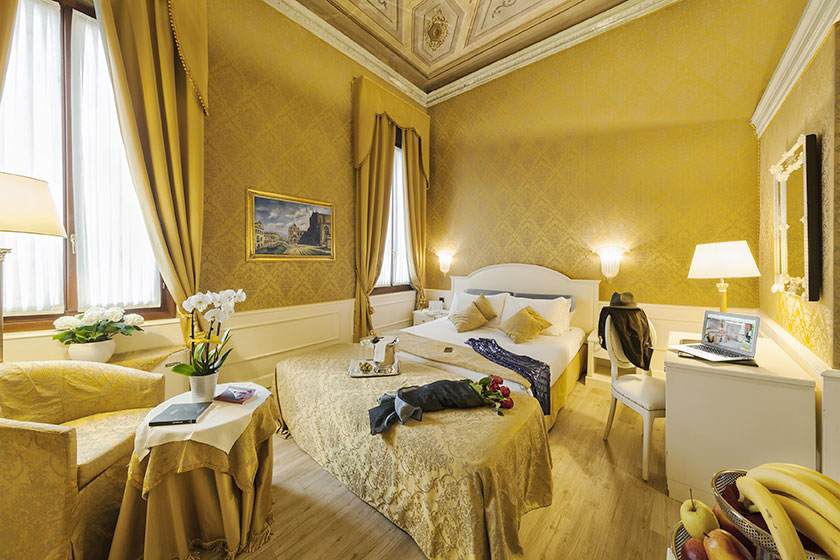 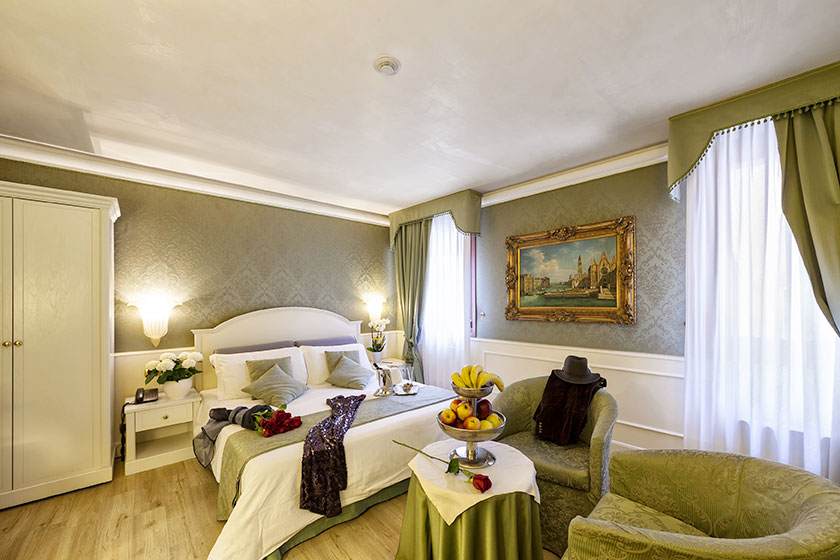 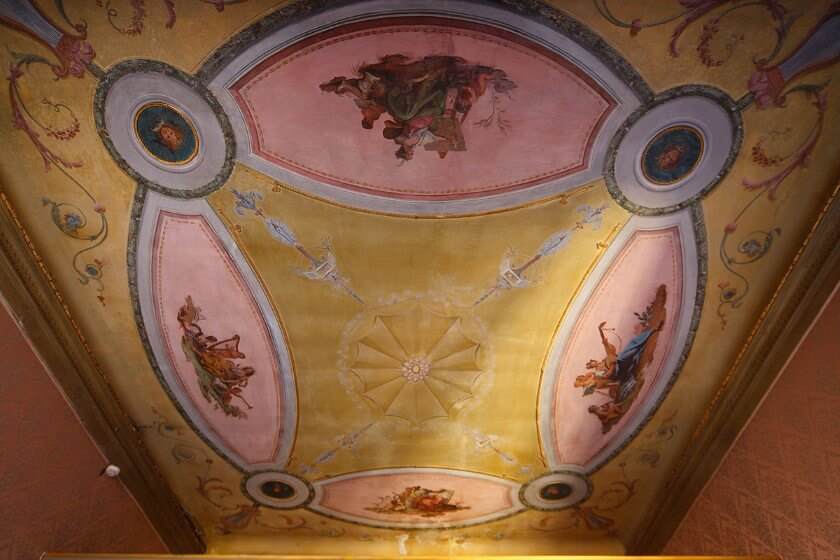 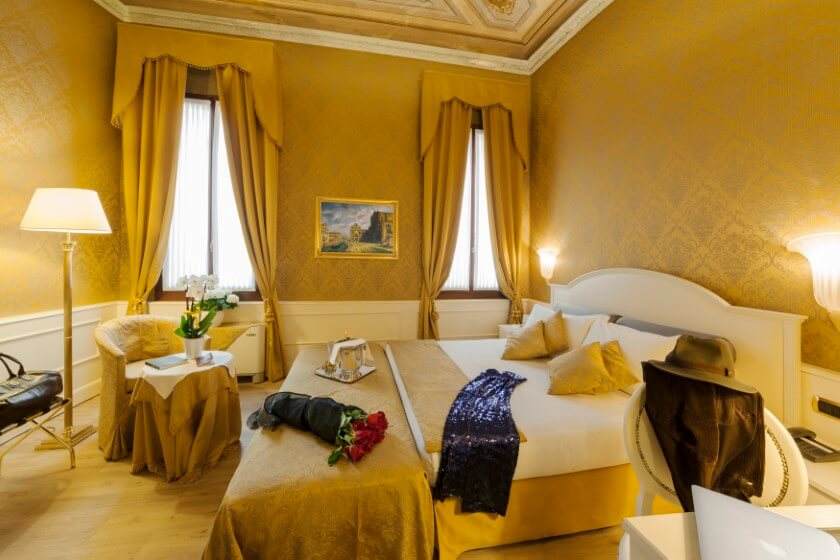 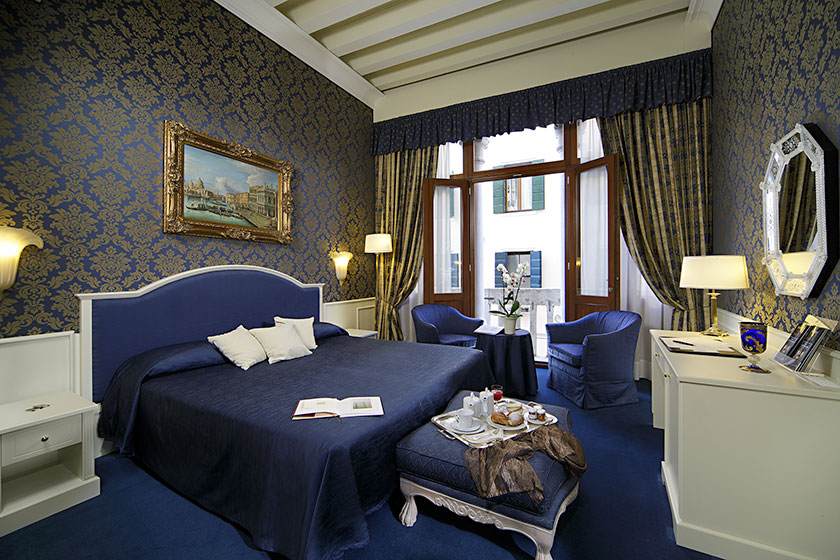 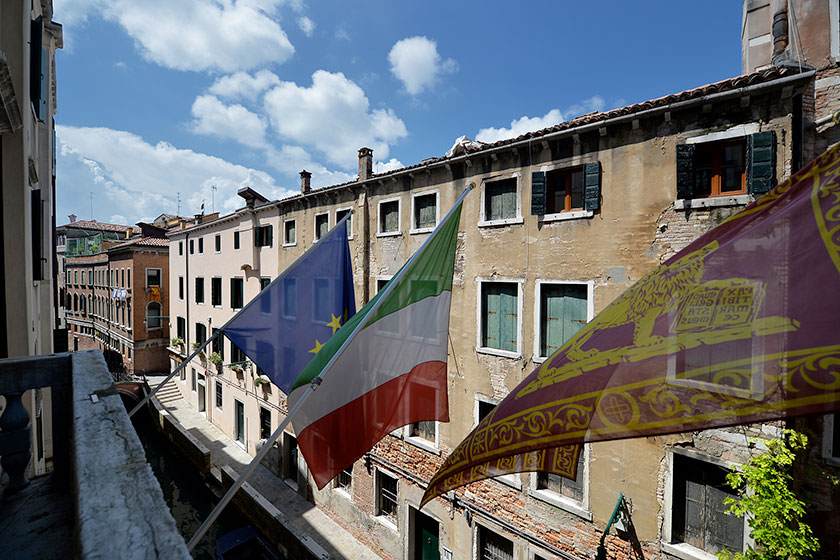 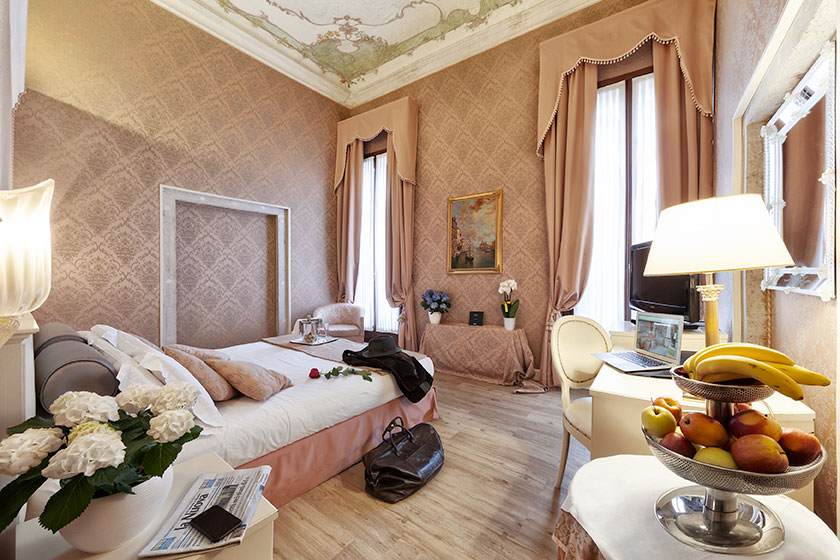 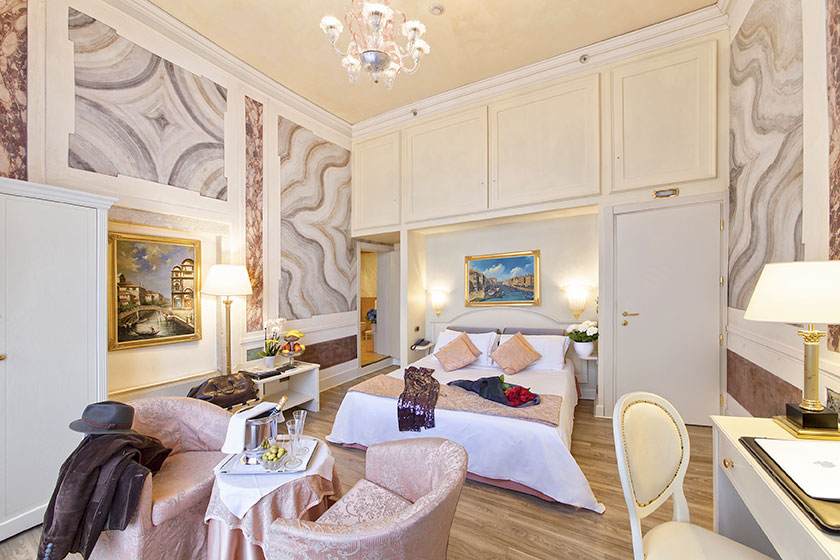 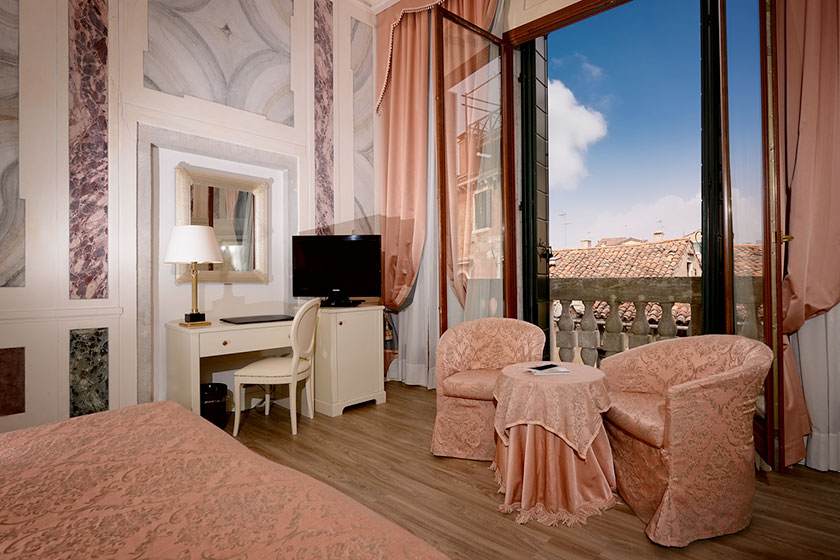 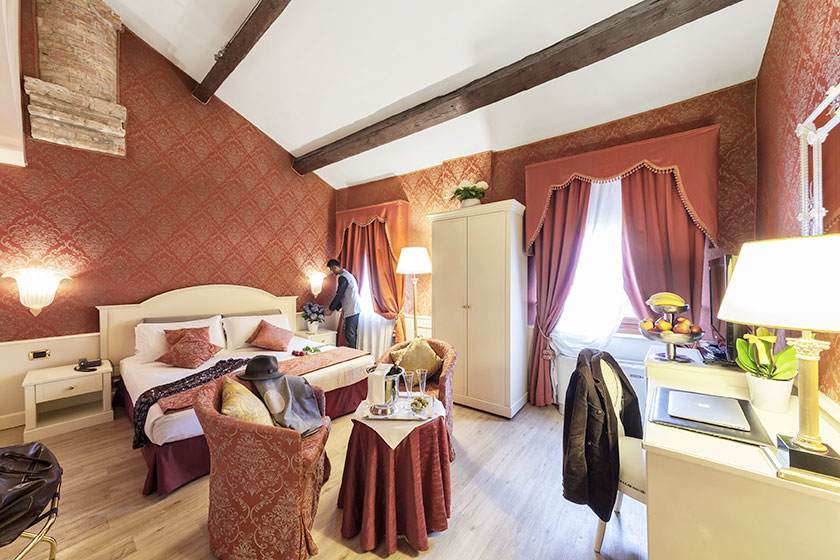 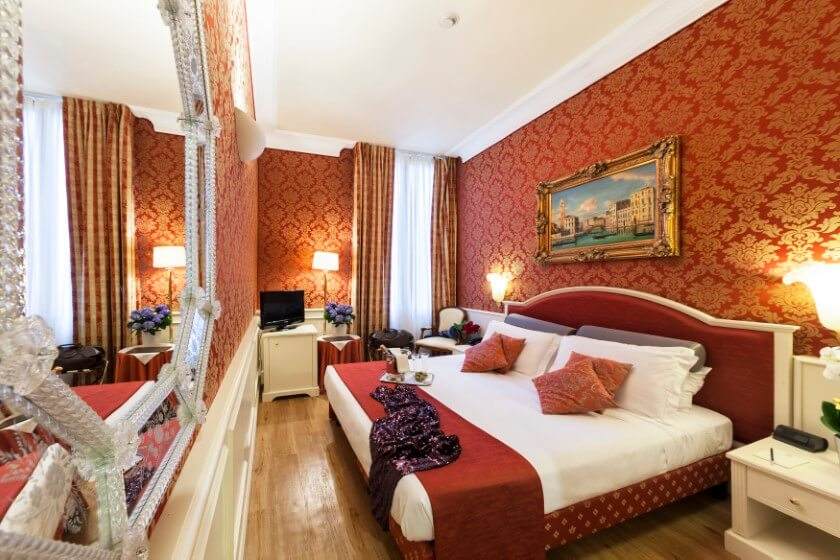 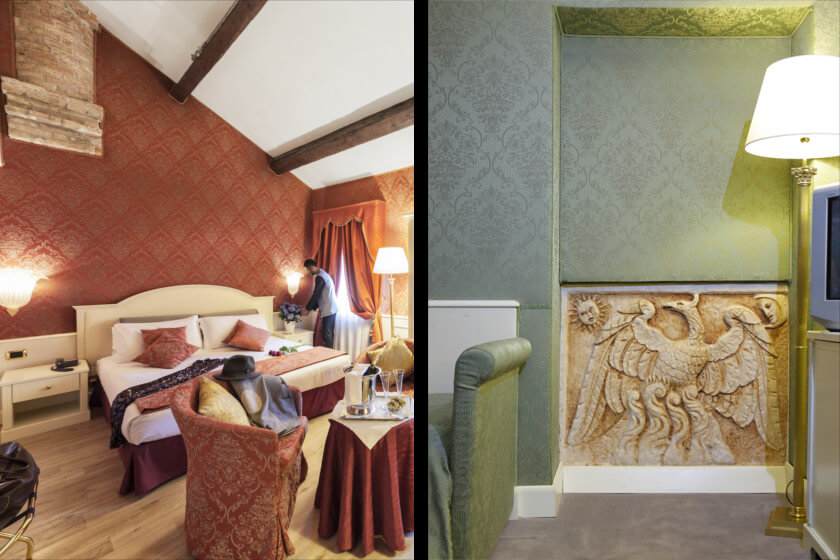 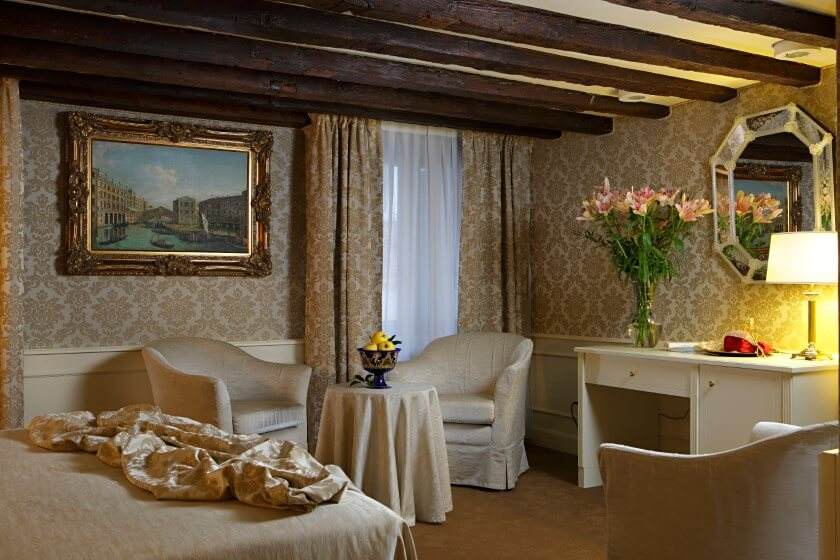 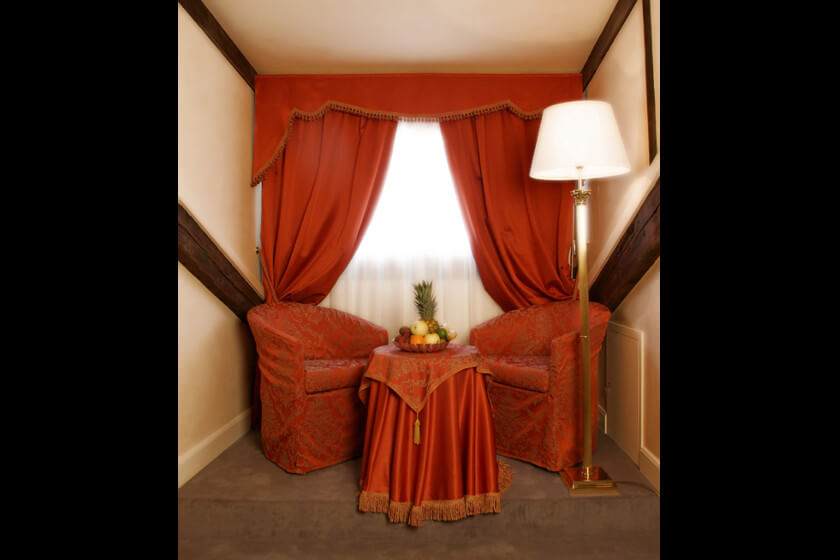